"It's not like we don't have enough jobs" says Senator Ron Johnson on Why He Won’t Help Bring 1,000 Good Jobs to Oshkosh "It's not like we don't have enough jobs here in Wisconsin," Senator Ron Johnson said Saturday, February 5.

Senator Ron Johnson has confirmed that he will not urge Oshkosh Defense Corp. to manufacture the next generation of U.S. postal service trucks in Wisconsin. United Auto Workers (UAW) Local 578 members at Oshkosh Defense Corporation in Oshkosh have a long and proud history of delivering high-quality vehicles for the U.S. government. Senator Tammy Baldwin, the UAW, the Wisconsin AFL-CIO, and the entire labor movement have been leading the charge to build the new USPS truck union-made in Wisconsin.

Building the new postal service vehicles in Oshkosh is estimated to create over 1,000 good union jobs.

It is shocking and an absolute failure of his position that Senator Johnson refuses to call on Oshkosh Corp. to bring good jobs to Wisconsin, saying Wisconsin has ‘enough jobs.’

"It's not like we don't have enough jobs here in Wisconsin," Senator Ron Johnson said Saturday. "The biggest problem we have in Wisconsin right now is employers not being able to find enough workers."

“Senator Ron Johnson has turned his back on the people of Wisconsin. He is so out of touch that he won’t even lift one finger to help secure over 1,000 good union jobs for his hometown of Oshkosh,” said Wisconsin AFL-CIO President Stephanie Bloomingdale. “The hardworking men and women of UAW Local 578, the Wisconsin AFL-CIO, and the entire labor movement have been fighting for months to manufacture the next generation of USPS delivery vehicles in Oshkosh where we can build it better and build it union.”

Click here to add your name to the UAW petition calling for the trucks to be union-made in Wisconsin. 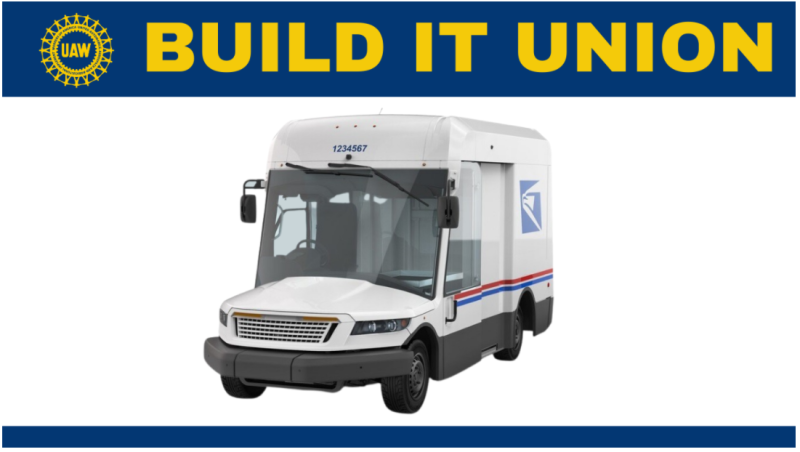